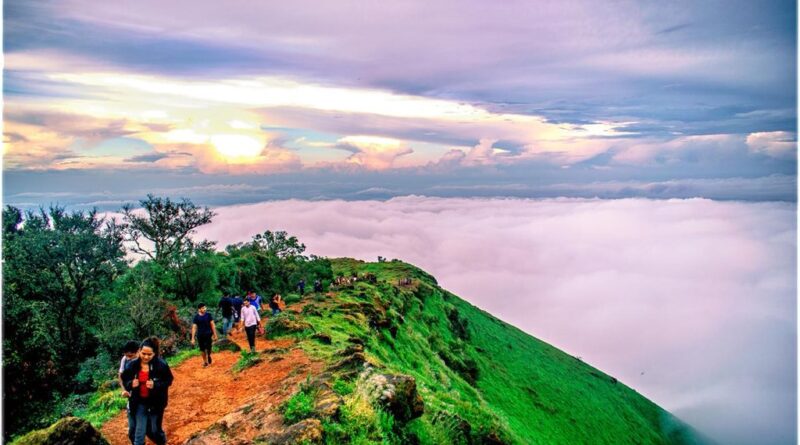 Kodachadri trek is a mountain peak at the elevation of 1300 ft above sea level in  Shimoga district.

Kodachadri is 20 km away from Kollur which is famous for the Mookambika temple. If you plan to stay and enjoy the beauty of foothills and mountains you have to reach Nagodi and Nittur village from where you can hire a taxi or may start the trek. This trek will pass through the dense forest and several water streams. The campsite is also a very popular thing among the visitors and tourists.

Kodachadri trek is simply the most beautiful trek in south India which offers the sheer natural beauty and another fantastic place in western ghat called Kudremukh.

Kodachadri is that trek which is a one-way trek destination where you don’t need to trek back, you just can return by an off-road jeep ride. But the return should be done before night falls.

Kodachadri is located in western ghats which are 414 km away from Bangalore city. Kodachandri falls under Shimoga which is a district in Karnataka. All the mountain areas are logically named Malendu. This district is famous for its unique culture, beauty, and food.

Being in the western ghat, the months between June to September bring rain in Kodachadri. In the monsoon, Thick clouds and heavy rain constantly accompany trekkers. There is a waterfall called Hidlumane which remains filled throughout the year. There is a Nagara fort which turns very beautiful in the rainy season with a green carpet of grass.

Winter season, Kodachadri Attracts plenty of trekkers. In winters the rains would have reduced and the landscape would have turned slightly misty. During the winters Maple beach gets colourful and attracts a lot of tourists.

In the Summer, during the months February to May, Kodachadri offers a clear and amazing view of the sunset. The climate remains hot but still, the weather remains good enough to trek in thick shola forest. Hidlumane waterfall is enough to freshen up you and where you can enjoy plenty of water sports to take a ferry ride to saint mary’s island.

KODACHADRI SOME INTERESTING FACT TO KNOW

Kodachadri’s name is derived from the word Kodocha which has a Sanskrit meaning of the hill of Kutaj flower and this Kutaju meaning is Jasmine and so it means the Jasmine of Hills. Kodachadri is also called Kodashi Parvathi in the local language.

Being in the middle of Mookambika national park makes Kodachadri a versatile biodiversity hotspot. This spot is home to several species. Also, some stones were found here with magnetic properties; these stones are rich in Manganese and iron.

There is another tourist attraction that is said to be the Moola Sthana of Sri Mookambika Devi temple of Kollur.

Kodachadri trek starts after the early morning hues and freshen up. you need to start the trek from a small village called Sampekatte. This village is nestled in the mountains and the base of Kodachadri hill. The trek passes through the dense forest and huge trees. As you hike up you will interact with Locus and other insects that keep making loud screechy noises. after a couple of hours of the trek when you reach the waterfall you can take a rest to take a chilling deep rest. After the waterfalls, nature starts opening up as you will catch up some altitude.

After that, you will encounter lush green in the middle of the forest and banana plantations. As you continue your trek and it’s the time to witness the true glory of mother nature in the precious natural setting. You will see the numerous hills, valleys, and bird-eye views of the surrounding forest. Then a ridge walk will start where one side the giant mountain and the other side a deep valley will welcome you.

There are numerous jasmine plants at the top of the hill Because of its phenomenon Kodachadri is called Jasmine of hills.

If you are lucky you will get to see the deep red sun setting into the clouds. from this point, you may spot the Arabian sea and this sunset experience would also give your body a much-needed break and relax there for a while. Nevertheless, it will be a remarkable memory of the Kodachadri trek. After this memorable trek, you will alight the jeep towards the homestay 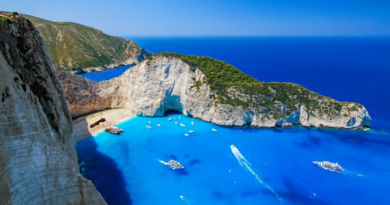 Sailing in the Ionian Sea 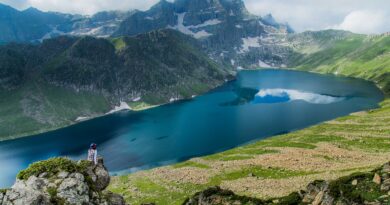 Places to visit in Jammu and Kashmir