Before the 2008 financial crisis, Berkeley’s Haas professors Nancy Wallace and Richard Stanton were among the few to blame for bad practices in the mortgage industry. A person who warns of huge risks.
Unfortunately, history seems to be repeating itself.
Professor Nancy Wallace
More than two years ago, Wallace and Stanton again issued a warning that the mortgage market that emerged after the last crisis was dominated by non-banks such as “,” which have little or no capital of their own and no access to emergency cash. . They warned that it was another impending disaster and called for stronger regulation.
No one predicted the scale and speed of the coronavirus pandemic, but it’s right in front of us now, and Wallace fears the worst. Millions of laid-off Americans will not be able to pay their mortgages, and the federal rescue program has given them a temporary moratorium on their repayments. This plunging cash flow could quickly push fragile nonbanks into bankruptcy. Since many of the loans they make are guaranteed by the US government, who will be responsible.
“The $2.2.1 trillion (coronavirus relief bill) is the largest in history, but we’re talking about an order of magnitude larger debt right now,” Wallace said. “The solution will involve trillions of dollars. This could be a bailout of all bailouts.”
“The solution will involve trillions of dollars. This could be a bailout of all bailouts.”
Professor Richard Stanton
Wallace said this new crisis will begin to manifest in the next 30 days, as people abandon their monthly payments and brokers’ highly leveraged non-banks face margin calls from commercial banks such as JPMorgan, Wells Fargo, and investment bank Morgan Stanley. They need cash to repay the loan, but they don’t have it. Non-banks have already started seeking bailouts.
We caught up with Wallace, who has spent the past three decades studying the financial dynamics of the real estate industry, to explain this looming mortgage crisis.

What are non-banks? Who are the biggest players?

Mortgage loans are originated and serviced by two types of institutions. Traditional lenders are highly regulated banks funded by deposits or federal home loan banks. They tend to have multiple lines of business. By contrast, non-bank lenders are less regulated and are funded through short-term credit. Often their only business is issuing and providing home mortgages.
The largest of these are Quicken Loans, Mr. Cooper Group, and Freedom Mortgage. They also include about 1,088 smaller companies.
When did you realize the risks posed by non-banks?
The standard narrative of the housing crisis from 2007 to 2010 centers on the bursting of a housing bubble fueled by low-interest rates, easy credit, low regulation, and subprime mortgages. However, we found that non-banks played a neglected role, defaulting on credit agreements and leading to the collapse of the banking system.

Why and how did non-banks grow?

After the financial crisis, traditional banks were heavily regulated. Most of the big banks have scaled back their home mortgage business due to strict capital requirements and large losses when they offered defaulted mortgages. Many big banks sold loan repayment rights, and non-banks stepped in. The growing market share of non-banks is partly due to their flexibility with new platform lending technologies – such as Quicken, which uses 8-minute mortgages.

How do non-banks get funding and how risky are their debts?

They rely on short-term loans known as warehouse lines of credit. These lines of credit are usually provided by larger commercial and investment banks. Since most non-bank lenders are private companies and do not need to disclose their financial structure, it is difficult to obtain relevant data. This is the subject of our Brookings paper, the first public listing of the size of the warehouse lending to nonbanks. We found that there were $34 billion in warehouse loan commitments at the end of 2016, up from $17 billion at the end of 2013. That equates to about $1 trillion in short-term “warehouse loans” over a year. At the end of 2019, storage lenders had $101 billion in storage commitments on their books.
Last year was a brilliant year. Nonbanks issued nearly $1 trillion in mortgages, which were securitized by Fannie Mae, Freddie Mac, and Ginnie Mae, the largest amount since 2006. However, high levels of refinancing due to historically low-interest rates have had a significant negative impact on the value of mortgage servicing rights held by non-bank institutions.

If non-banks are so big and borrow so much money, why aren’t they regulated like banks?

Has the situation changed since the 2018 paper you co-authored with Federal Reserve economists calling for stronger regulation?

Ginnie Mae began trying to demand higher capital and liquidity thresholds and stress tests, requiring them to show how they would respond to economic shocks. They have a plan called “Ginnie Mae 2020” but it has been met with backlash from the auto industry. In addition, the National Banking Supervisors Conference has been working to standardize reporting rules, but they have no data and little power.
Mortgage servicers are required to allow borrowers to defer repayments for up to a year under the $2.2 trillion Emergency Care Act (Coronavirus Aid, Relief and Economic Security).

What do you think will happen now?

I think the situation is very serious and a looming nightmare. We’ve had 16 million people filing for unemployment in three weeks. We know that most Americans can’t even afford a $400 fiscal shock. Millions will not be able to pay their mortgages. They were told to call their lender to tell them they couldn’t make their repayments, and the phone kept ringing.
I think the situation is very serious and a looming nightmare.
For non-banks, the immediate problem is the risk to their warehouse credit lines and the fact that non-bank servicers are still required to make payments to bondholders of mortgage-backed securities even if people don’t repay their mortgages. Margin requirements are already in the tens of millions of dollars, and creditors are demanding cash. Not making a margin call is a serious problem and can trigger a default. Non-banks also face multi-million-dollar short-sell margin exposures on mortgage-backed securities (MBS). These onerous margin calls, which can be as much as $100 million for an institution, are prompting their lobbyists—the Mortgage Banking Association—to head to the Securities and Exchange Commission to, Demand that these brokers be prohibited from exercising their margin rights. This is absurd because brokerage firms — big banks like Goldman Sachs and Morgan Stanley — have every right to be tough. The SEC rejected the request.

Why does this pose such a big threat to the U.S. government and ultimately taxpayers?

Most of these loans are guaranteed by the U.S. government through Ginnie Mae, Fannie Mae, and Freddie Mac. These non-bank lenders have been given a degree of forbearance and will eventually be compensated for the shortfalls they currently face, but they face a timing issue. At the same time, they must also pay interest and principal promptly — to Fannie Mae and Freddie Mac MBS bondholders, and those who owe Ginnie Mae MBS bondholders within 120 days, until they go bankrupt. I’m not sure if some of them can maintain liquidity for 30 days, many can’t do it for three months, let alone a year. We’re going to see bankruptcy and there’s going to be a big drop in lending capacity, just like we did in 2007 when we lost two-thirds of our lending capacity. It could be worse because unemployment could be worse.

They can’t keep pushing the envelope and then expecting rescue. They don’t want to follow any rules that banks follow, and when a liquidity shock happens, they want to be treated like a bank. It’s just wrong.

Will any stimulus measures passed so far help?

These non-banks are already applying for bailouts, but so far they have not been included in the federal bailout. MBAs are trying to get some protection in the CARES Act, which has $450 billion in loans and loan guarantees from the Federal Reserve and Treasury. But they’re excluded for a reason — because these companies have pushed every boundary and rejected every form of oversight. They have also been excluded from actions the Fed has taken so far, including a new round of quantitative easing, and participation in the term asset-backed securities lending facility, a way to provide liquidity. Ginnie Mae has now drawn up an aid program to lend to non-bank counterparties that cannot repay bondholders’ principal and interest. Fannie Mae and Freddie Mac have refused to provide such aid to their non-bank counterparties because they remain in escrow since the 2008 financial crisis and face their own capital shortages.

So some kind of bailout is almost inevitable?

To save the market, these non-banks will have to accept a bailout from the Federal Reserve or the U.S. Treasury. That’s going to be very difficult under the Dodd-Frank Act rules for non-bank bailouts. The cost will be very high. It seems to me that the industry has to have a quid pro quo of charging big fees in the future for such special support – they can’t keep pushing the envelope and then expecting bailouts. They don’t want to follow any rules that banks follow, and when a liquidity shock happens, they want to be treated like a bank. It’s just wrong. 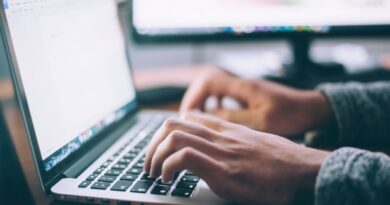 How to make more clients by offering free services or products 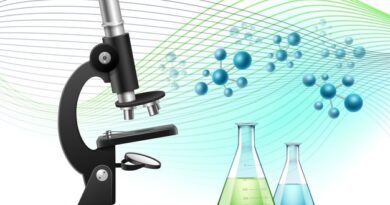