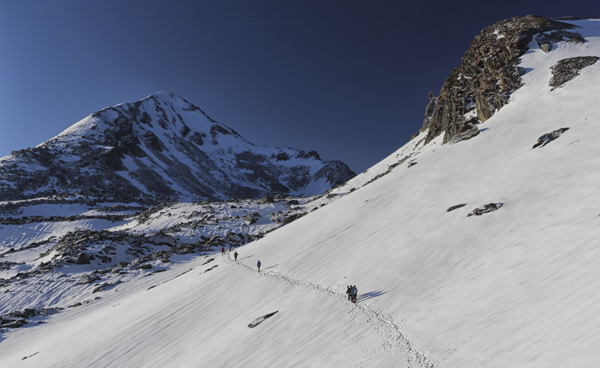 The Pangarchulla Peak Trek, which passes through Nanda Devi National Park, is the ideal combination of beauty and challenge. Pangarchulla has it all, from breathtaking vistas of all the respected mountains in Uttarakhand to enormous expanses of oak and pine forests followed by large meadows and, of course, some snow and gigantic rocks.

Pangarchulla is an excellent introductory peak for those looking to take their trekking game up a notch or three. It is a difficult trek that requires strength and endurance. It’s also a good warm-up peak for people who desire to tackle bigger and higher peaks. Its purpose is to test the waters before diving headfirst into the pool.

But don’t be deceived by its height. A hike up this small ridge is nothing to scoff at. In the Himalayas, altitude is only one type of challenge. Pangarchulla, at a modest elevation of 4481 meters, offers you challenges other than altitude and thin air that make the climb worthwhile. It is said to be even more difficult to climb than some of the more well-known 6000M summits, such as Stok Kangri and Kang Yatse II

What to keep In mind during Pangarchulla peak

In April, one of the top Himalayan Summit Treks is Pangarchulla Peak. The 14,700-foot summit isn’t a technical behemoth. A careless approach, on the other hand, can lose you a well-deserved top victory.

Keep in mind the five recommendations that can maximize your Summit possibility.

Pangarchulla Peak is a mountain in the Pangarchulla National Park The optimum time to go on a snow trek is in the latter week of April. The snow on the lower grounds had evaporated by that time. This aids in the establishment of a Base Camp. The Ponies can now travel to Khullara Camp. This is beneficial for cargo ferrying.

Confirm the snow conditions with your guide.  In comparison to April 2020, there was less snow in late March.

Most Trek Guides and Trek Operators are adamant about not disclosing this information. Establish an Advance Base Camp ahead of Khullara if you want to maximize your Summit success. Advance Camp is 3.5 kilometers ahead of Khullara Camp in terms of coordinates. This is where the trek path to Pangarchulla and Kuari pass splits off from the Lord Curzon Trail. Coordinates can be found on the Trek Map.

The Benefits of Having an Advance Base Camp

Trekking Tip: Setting up ABC might be difficult logistically. Due to the excessive snow, ponies will not be able to reach this location. The trek is led by porters. On an ice field, the campsite is located.

Your Turn Around Time should not be later than noon. If you want to try the summit from Khullara Base Camp, you should start around 11 a.m. If the weather worsens, it’s best to call it a day on the ascent. Return to the camp closest to you.

What is the definition of Turn Around Time?

Climbers must turn around to descend at this time of day. Climbers may arrive at the peak late due to the unexpectedly slow going. Bad weather can put the summit’s success and safety in jeopardy.

Starting from Khullara Campsite no later than 3 a.m. is required. The top is reached in 6 to 7 hours

Okay, now it’s time to get serious. Bring a Climbing Rope, an Ice Axe, and a Micro Spike with you. Micro Spikes are a lighter version of Crampons. They’re light and comfortable to wear. On slick snow, they provide exceptional traction.

To conclude, these are the five things that a trekker must keep in mind in order to have a good trekking experience. This guide will not only tell you about the hilly mountains and its challenges but also will help you boost confidence to climb them with a positive mindset. Therefore, Have a thrilling and secure Climb. 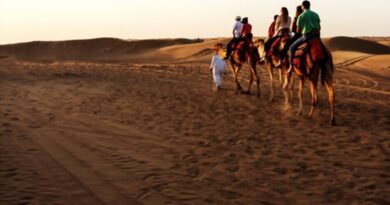 Where To Find Desert Safari Deals in Dubai? 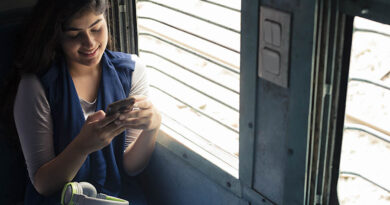 ​​HOW TO BOOK TRAIN TICKETS ONLINE WITH EASE?